Today marks the birthday of two of my music icons John Lennon and Jackson Browne. John would have been 76 years old

if he had not been killed. Their songs have given me happiness and comfort throughout my life. When I first really discovered music during my prepubescent years, it was the music of Beatles that resonated with me. It woke me up and gave me a sense of belonging along with millions of others inflicted with Beatlemania. As time went by their music changed as they became more experimental and the world changed as well.

I recently saw Ron Howard’s film, “Eight Days of the Week” the other night. It was about the Beatle’s touring years. It was beautifully edited and the sound was superb and I looked at it with the eyes and the appreciation of a grown woman who was now a photographer and filmmaker. It gave me a new perspective about their early days than the one I had when I was a smitten preteen. Back then I was just another young girl who was overwhelmed by these lads from Liverpool.

in 1965 & ‘66. Even though I had been there it was the first time that I had actually heard what the Beatles played that night. My family had just moved from Rochester, NY to the NYC area and my dad had somehow obtained 4 tickets to the show in his company’s box seats at Shea. It will go on record as probably the best gift my father had ever given me. It was more of an event than a concert. It quickly became historic and an event I will always remember.

As I got older and had experienced a couple of real relationships with the opposite sex, I moved to California. It was the early ‘70’s, and it was a different time and a different culture. 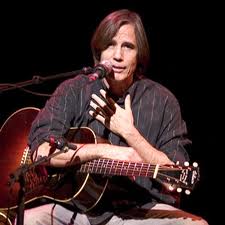 I became captivated by the early California sound of Joni Mitchell, Crosby Stills and Nash, the Eagles and of course Jackson Browne. Their music defined an era and my young adult life. Jackson’s songs brought awareness of social issues and motivated the huge demographic of baby boomers to take action. To this day I remain a huge fan of Jackson Browne’s and try to see him in concert at least twice a year. In some ways his lyrics became my religion.

Music makes us happy, provokes us to take action and comforts us when we’re down. It’s universal. I think back to the 1960’s and how the Beatles and their music had gone viral. That was way before we had the Internet and social media platforms and I wonder, how did that happen? I suppose the stars were aligned and it was simply “the right time” to create one of the biggest phenomenons in music of all times. Of course it had a little help pushed by the emerging demographic of baby boomers who were ready to take the world by storm.

I wonder what John Lennon would have gone on to do in his life, if he hadn’t have been stopped by a bullet some 40 years ago. His music will live on and I will keep going to Jackson Browne shows as long as he keeps giving them. Their music is the sound track of my life.

Become a Fan of Kelly/Mooney

Promote Your Page Too

Journeys of a Hybrid